All decision-makers are constantly looking for techniques to increase their skills. Thus, the number of books on these subjects is quite impressive, and one can easily get lost in the Business and Management sections of bookstores. But, although some titles enjoy very strong sales, they quickly go out of fashion and are quickly replaced by others, as equally ephemeral. So where does one begin?

Here are five books on sales, management and personal development that are considered classics by top MBA schools such as Stanford and Harvard. These books will be the Moby Dick, The Color Purple and The Grapes of Wrath for your decision maker/entrepreneurial library.

1. How to make friends and influence others – Dale Carnegie

THE classic in personal development. Even though the first edition was published in 1936, it remains a best-seller today, translated into 37 languages, sold more than 40 million copies and recommended by the best management schools.
This book addresses the principles of communication and motivation to succeed in one’s personal and professional life.

It consists of 4 main parts:

Carnegie states very simply that “to be interesting, be interested”. The book is a compilation of stories of personalities known for their successes. For example, President Franklin D. Roosevelt gave importance and value to his interlocutors by remembering their names.

To be noted: We all complain that we don’t have enough time. What if just one more minute of interest in others can change a life or career forever? 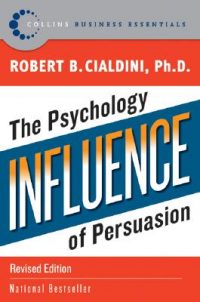 Published in 1984, this book is the musthave in the art of sales. You will learn how to positively influence people and consequently increase your sales.

After spending three years incognito as a recruiter and trainer of car dealers, Cialdini gathered his real-life experiences. His conclusion: knowing how to influence and persuade your partners and clients is essential for your success as an salesperson.

His theory is based on 6 founding principles:

This is an excellent book filled with true stories, written in such a pleasant style that you won’t see its 400 pages go by!

To be noted: Make the extra effort that will make you look good to your customers. So why not a birthday card, or a thank you card for a closed sale? 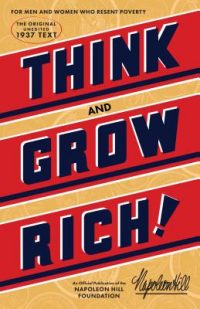 “Whatever the mind of man can conceive and believe, it can achieve.” – Napoleon Hill

This is the philosophy behind the book, which appeared in 1926 and has sold nearly 60 million copies. These are not practical strategies to follow, but a mindset to adopt. Hill states that 80% of success depends on the mind of the entrepreneur.

This book is the result of his career as an editor for Bob Taylor’s Magazine. He was in charge of writing about the success stories of the richest men of the time. Over two decades and more than 500 interviews, Hill met and observed such personalities as Henry Ford, Thomas Edison, Theodore Roosevelt, Alexander Graham Bell, etc.

He used these stories to write his philosophy on professional and financial success in 13 principles:

To be noted: The perseverance developed in you magically transforms the conditions for your financial success, “like carbon turns iron into steel.” 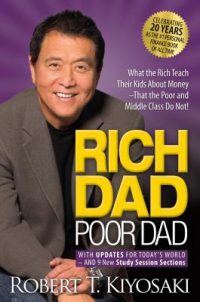 Published in 1997 and selling more than 26 million copies, is based, in large part, on Robert Kiyosaki’s childhood spent in Hawaii.

IHe tells the story of how the upbringing and advice of two men, a “rich dad” and a “poor dad”, influenced the key decisions in his life. Both have very different attitudes towards money, work, or the school system, and Kiyosaki regularly compares them.
Topics covered include:

*Kiyosaki was largely inspired by the bookThe Richest Man in Babylon, a fable by George Samuel Clason, published in 1926. 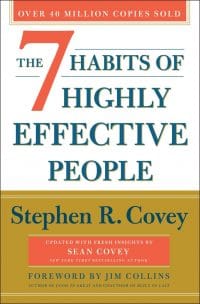 Published in 1989, this self-help book has sold over 15 million copies in 38 languages.

The book lists seven principles that, if established as habits, help a person manage his or her daily life effectively; in his or her professional, family and civic projects.

According to Covey, this essentially requires adherence to a few universal and indeed timeless principles.

This approach is similar to that found in practical psychology books such as Dale Carnegie’s. However, it is associated with concrete technical supports, such as the use of roadmaps or synthetic written reports.

The book is divided into 4 sections :

Unlike other books on personal development, Covey talks about the role of values, and how to put them into practice to achieve true personal balance.

A chapter is devoted to each of the habits, which are represented by the following imperatives:

Of all the modern personal development books, this one is interesting for its insistence that you never stop learning about your four dimensions: physical, mental, spiritual, social/emotional.

To be noted: The more you work on your habits, the more you’ll learn about your dimensions so you’ll be better organized, more available for yours… and more zen!

You now have some ideas for developing your decision maker’s library. Have a good read!

With Covid small bookstores around the world are fighting to stay afloat. The site Bookshop.org defends independent booksellers and the local book economy. On the site you just enter a zip code or the name of your favorite small bookseller and you can find what you want, have it shipped AND part of your purchase will be donated to support our small, local booksellers.

All the books suggested in this blog are available on this website with a simple click on the cover. So don’t hesitate to support the small booksellers the closest to you.